Alaska – is it worth the “Down day” gamble!?

I got my answer on day three.

As the helicopter banked steeply round we could see a tiny ridge with what looked like near vertical drops on every side. Surely not? I think all four of us were thinking the same thing; where on earth would we land – let alone ski!?

Before we could do anything except exchange a few nervous glances our masterly pilot Ryan Skorecki had manoeuvred his machine perfectly onto the ridge. Moments later, having clambered out, negotiating the thin wedge of snowy rock, the heli was gone and we were alone clutching our skis and facing the reality that the only way was down…And what a run it was; a steep, narrow, 500 meter couloir, where you felt yourself dropping at each turn.  We skied it one at a time, non stop, heart pumping, adrenalin flowing. It was awesome! According to our guide Hoke, we’d just skied a ‘movie line’ (I’m sure he says this to everyone) – whatever the reality it felt seriously special. 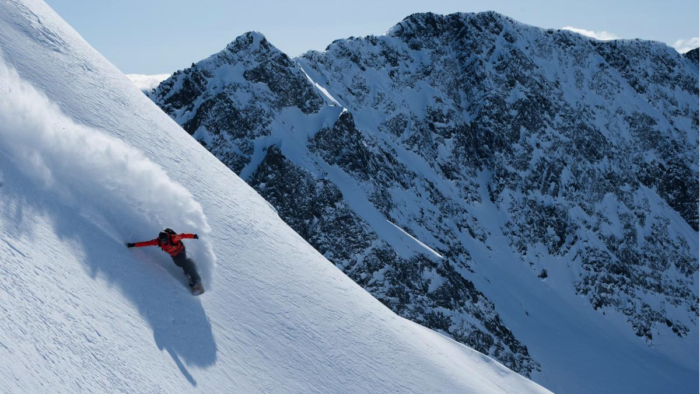 That run, that day of heli skiing made up my mind that yes, heli skiing in Alaska is worth the risk of down days…I don’t think that there is anywhere else in the world where you get that potent mix of consistently steep terrain, along with a stable maritime climate, meaning that the snow just clings to the jagged mountains.

Heli skiing in Alaska has got a pretty mixed reputation, and to an extent I can see why. There are a cluster of operators (naming no names) that run out of the same area, meaning that there are a number of people fighting for the same terrain; whoever lands on a certain peak gets to ski it first! I’m happy to say that things were much more relaxed with the guys I was skiing with, Chugach Powder Guides. I was at their Girdwood base and they have exclusive use of 1,500 square miles of un-touched heli skiing wilderness at their disposal, plenty of skiing for the 20 odd guests we were sharing it with, and no race to get fresh tracks.

The other big risk factor in Alaska is the weather. Yes, they get huge storms that come rolling in from the Gulf of Alaska and deposit bucket loads of fresh snow, but those storms have a habit of staying put. I’ve spoken to a number of people that have made the journey all the way out there only to be stuck, grounded for the whole week.  Unlike heli skiing in Canada, where they have plenty of mature forests to ski in during inclement weather, Alaska can’t boast such variety of terrain. 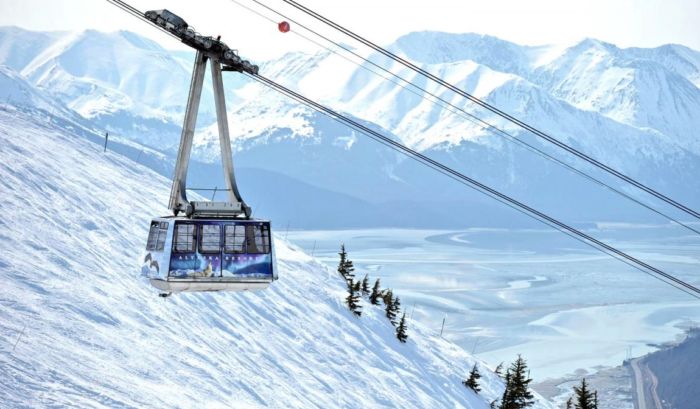 Like all risks however, you can mitigate against them, and Chugach have a clever set-up at their Girdwood base where you can cat ski on any days the heli can’t fly. Of course we’d all prefer to be heli skiing, but chances are if the heli isn’t flying its snowing and their cat skiing tenure has some pretty awesome terrain above and below the tree line for you to try out.

Pure Powder are the exclusive UK representatives of Chugach Powder Guides in Alaska. For details of heli skiing in Alaska, visit our Alaska page or contact the heli skiing and off piste skiing experts directly.